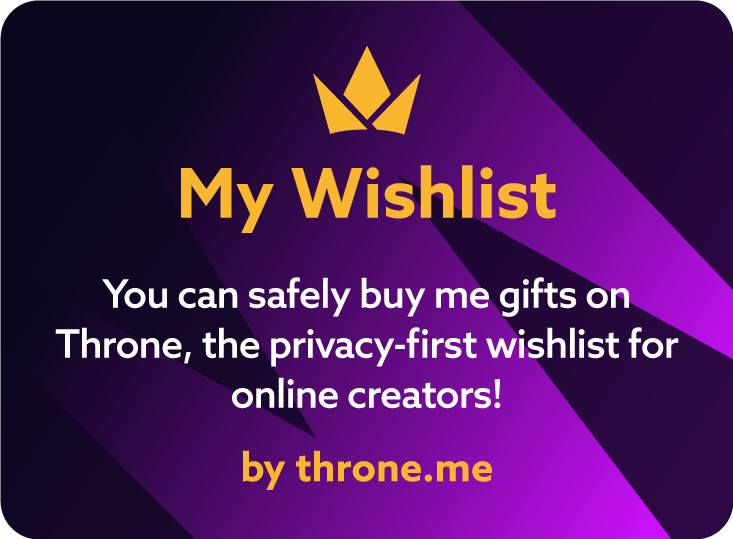 IMPORTANT: I'M ON HIATUS FROM PATREON THROUGH OCTOBER, 2022.

(ltd = limited)links to free novels:sigma wolf, evil upperclassman for the win, it's a wonderful life, dead end, our sweet days

[more novels exist on patreon—not everything has been added to the list yet!] all my novels will eventually be released as ebooks (+ hopefully paperbacks), at the very least on my itch.iosign up for my free newsletter to ensure you don't miss them!

The Last Lighthouse in the UniverseSUMMARY: It’s been four years since the end of the world, when the great Rosvoje Empire collapsed like a popped balloon.Since then, Karl has been living in a lighthouse in orbit around a long-abandoned planet, spending his daily life with his cat Muffin and his AI mechanic Ulla. It’s nice—simple. The days are easy and though he’s already watched all episodes of the single series he managed to bring with him here over thirty times, he’s satisfied. Content.Then a ship of unknown origin contacts the lighthouse. The text message is untranslatable, and when the ship approaches the lighthouse, Karl comes face-to-face with an actual alien.GENRES: BL, Slice-of-Life, Comedy, Romance, Sci-FiMAIN PAIRING: M/M (Alien/Human).Every Day, I'm Pretending to be an NPC!SUMMARY: Yao Qingxin read the rulebook, ok. There's nothing in there about pretending to be an NPC. Meaning, it should be fine!Or: Yao Qingxin is dragged into a game (?) world thing, where he's forced to complete instances in order to secure points for his survival. In his opinion, the subsequent "acting as an NPC to coast by in the instance while everyone else dies" is just common sense.Warning: Neither the MC nor ML are good people! They're kind of constantly pitting everyone around them! And leading most everyone to their deaths!GENRES: Unlimited Flow, BL, Horror, Romance, ComedyMAIN PAIRING: M/M[NOTE: This novel is tagged and titled Fake NPC on Patreon, due to character limits.].A Field of Scattered StarsSUMMARY: After his gang messes with the wrong people, the only people left alive in the old hotel that’d been their base is Magnus and a prisoner of the gang: a man who’d Magnus had only heard referred to as ”Mad Dog”. (Post Zombie Apocalypse, same world as Dead End, set 1.5 years after the apocalypse, starring Magnus and ”Mad Dog” Andrew [Jules’s boyfriend and roommate])GENRES: BL, Horror, Slice of Life, RomanceMAIN PAIRING: M/M·Picture PerfectSUMMARY: In which 2 conmen try to con each other, both doing so without somehow realizing the other is also a conman.GENRES: BL, Romance, Comedy, Slice of Life, ContemporaryMAIN PAIRING: M/M.Father of the VillainessSUMMARY: At breakfast, Henry’s ten-year-old daughter Letizia announces that she’s a villainess and will now be embarking on the road of evil to escape her fated doom.GENRES: BL, Rebirth, Time Travel Fantasy, Mystery, Slice of LifeMAIN PAIRING: M/M/M

Paper Planes Flying High [COMING SOON]SUMMARY: It’s not fake boyfriends, it’s fake exes!Gene and Paris have known each other their whole lives, and they’ve hated each other just as long. Childhood rivals to workplace rivals—their mutual hatred is legendary. Unfortunately, they’re now adults and, worse yet, celebrities. Even worse, they work for the same entertainment company.Their latest scandal is the last straw, and now that company is putting it’s foot down. Damage control must be made.To clean up their reputation and ease that vicious rivalry the press is going crazy for, the company sets up a scheme. Paris and Gene must now pretend to be bitter exes, and blame all their arguments and scandals on their bitter breakup.This is fine. It absolutely won’t bring up any hidden feelings, or reveal buried misunderstandings, or change anything at all.Really. It’s fine.GENRES: BL, Comedy, Romance, Slice of Life, EntertainmentMAIN PAIRING: M/M·Hollow Hearts [COMING SOON]SUMMARY: Abandoned during a mission to an ancient ruin by his fellow mercenaries, Claude finds himself trapped in the dark underground labyrinth. His only companion is a humanoid golem, still guarding the labyrinth centuries after it fell into disrepair.GENRES: BL, Fantasy, HorrorMAIN PAIRING: M/M·A Slacker's Life in the Entertainment Circle [ON HIATUS]SUMMARY: After a hardworking life with nothing to show for it, Felix Zhao just wants to enjoy the little things. Read some good books, watch some ridiculous sitcoms, relax in a bath smelling like flowers. Things like that. And with his contract with Heartfelt Entertainment only having two measly years left to it, he decides that it's time to put his plan in action. It's not like he's getting any roles, anyway. (a standalone novel set in the same 'verse as OUR SWEET DAYS)GENRES: Interstellar, Omegaverse, Comedy, Slice of LifeMAIN PAIRING: M/M (Alpha/Alpha).Seducing the Alpha [COMING SOON]Summary: It's the future Alpha of the Lakeshore Pack's twenty-fifth birthday, and Emmett's arrival is no coincidence.A rogue omega, Emmett has spent over ten years drifting over the lands. The Lakeshore Pack is famous, and has been consolidating power over the neighboring packs for decades. Marrying the Alpha next-in-line means being set for life and Emmett isn't about to lose such a golden opportunity. He's tired of running, of always, eventually, being chased out of pack lands.His genius seduction plan is however somewhat stymied by the future Alpha's younger cousin, Rory. Rory, who is handsome and sweet, and perpetually grumpy. Rory, who's seeing right through Emmett's plans.Rory, who Emmett might be falling in love with.Genres: Supernatural, Werewolves, BL, Romance, Comedy, Slice of LifeMain Pairing: M/M.Outpost 71B-12 [HIATUS]Summary: The wild adventures of the subpar crew holding down the fort at Outpost 71B-12, one of the most remote human space stations in the Rosvoje Empire.Genres: Science Fiction, Comedy, Adventure, Slice of LifeMain Pairing: M/M.The Slumbering Ship [HIATUS]Summary: Far, far away, into the depths of space. Genesis, the first interstellar spaceship created by mankind, is on an endless journey. While it travels deep into the unknown universe, exploring all that lies ahead, its crew slumbers. Undaunted, only waking in emergencies, the crew sleeps through the millenniums.But while the crew is sleeping, time moves on. Around the ship, the very map of space itself changes. Empires rise and fall, stars die, things are lost and found and lost again. Some things will never change, while others change a thousand times over. Answers will be found, and questions forgotten.The journey is long. But Genesis will never be alone.For while humanity might forget, eventually, we will discover it again.Genres: LGBTQ+, Science Fiction, Speculative Fiction, AdventureMain Pairings: F/NB, M/M.After the End [COMING SOON]Summary: In which an orc and an elf go on a road trip in a wartorn post-apocalyptic fantasy world.Genres: BL, Epic Fantasy, Slice of LifeMain Pairing: M/M[Note: This one deals with heavier themes than I usually go for but it's, at its core, a story about healing. About moving on. About accepting that some things lost can never be regained—but that doesn't mean you should stop moving. It's a heartwarming story of growing and healing and finding purpose and love and companionship in a new world—not the world you wanted, but making the best of the world you have, and yet still working to make it better.].Still Waters [ON HIATUS]Summary: Anaan’s village is in danger. Bandits come nearly every week, seeking to rob them of all that they possess. All their requests for aid have gone unanswered. But the dreaded Bandit King Janik is said to be seeking a spouse; something that Anaan is willing to stake everything on.Genres: LGBTQ, Low Fantasy, RomanceMain Pairing: NB/M[Note: This novel features a nonbinary protagonist using they/them pronouns.].Magician's Codex [ON HIATUS]Summary: Deep in the underbelly of Vanhaven, conspiracies are reaching their peak.It's a time of kings, swords, and sorcery. Clay just wants a chance at a new life, after the clusterfuck that was the Royal Academy of Magical Arts and Vanhaven seems a good a place as any. It's got everything needed to blend in with the masses; a population of millions, the kind of casual disregard for others that comes from too many wars, and a thriving black market. Here, even a magician of questionable status and nearly no power can find work.But scheming going back centuries hold the city tight in its grips, and nobody likes a magician from out of time.Genres: LGBTQ, Epic Fantasy, Mystery, AdventureMain Pairing: NB/M/M[Note: This novel features a nonbinary protagonist.]